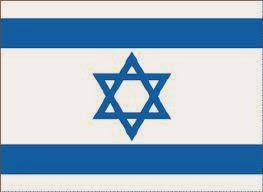 How Israeli is your company or community?  This could be a key question in the era of climate change - for the rancher in West Texas, to the desert communities of Arizona.  The Israelis get hotter and drier - they get the need for innovation and engineering in the face of the inhospitable.  They get engineered supply-side solutions and a faith in capitalism.

Consider the points from McKenzie Funk in Windfall: The Booming Business of Global Warming:

"Because of climate change, we're all becoming Israelis now.  In Peru in 2009, a scientist won a World Bank award for his proposal to paint the Andes white and repel the sun's lethal heat. In India's Ladakh region, a retired engineer built a $50,000 artificial glacier in the shadow of the Himalayas, collecting runoff in rock-lined ponds that would freeze and attach to an existing glacier in winter.  In Spain, Barcelona became the first city in mainland Europe to resort to emergency water imports: 5 million gallons transported in 2008 in a converted oil tanker.  In China, the central government prepared to divert rivers at a scale the world had never seen: The $65 billion, a three-canal, 1,812 combined-mile South-North Water Transfer Project will someday move 4.5 trillion gallons each year from the Tibetan Plateau, home to nearly 40,000 melting glaciers, to the cities in the country's arid, industrializing north."
Posted by Unknown at 12:30 AM