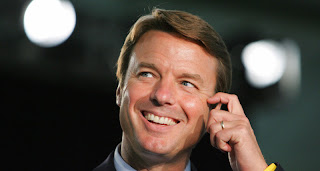 Power corrupts, but it corrupts those who think they deserve it. We see our culture of entitlement regarding the "powerful" too often - - politicians who have extramartial affairs while complaining about the death of family values or those who use public funding for private gain despite condemning government waste. Time and the scale of all this has removed the surprise factor.
In a January 23, 2010 article in The Economist ("Absolutely: The Psychology of Power") is a passage that is interesting:
Dr. Lammers and Dr. Galinsky argue that people with power that they think is justified break rules not because they can get away with it, but also because they feel at some intuitive level that they are entitled to take what they want. This sense of entitlement is crucial to understanding why people misbehave in high office. In its absence, abusers will be less likely. The word "privilege" translates as "private law". If Dr. Lammers and Dr. Galinsky are right, the sense which some powerful people seem to have that different rules apply to them is not just a convenient smoke screen. They genuinely believe it.
Posted by Unknown at 6:34 AM