From Edward Luce's column in the Financial Times today - States of Decline - in which he reviews The and Fall of American Growth: The US Standard of Living Since the Civil War by Robert Gordon:

"With the exception of the 1990s, when the digital revolution hit our desktops, productivity growth has slowed sharply in the past have century.  It dropped from an average of 2.7 percent a year in  per1950s and 1960s to below 1 percent in the last decade.  As a result, income growth has also slowed.  The median US household income in 2014 was $50,600.  If we had maintained pre-1970 productivity, it would have been $97,500.  We are already into a slowdown that, in Gordon's view, is likely to slow further."

If the iPhone can't budge, what can? 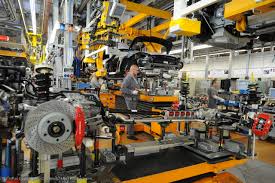