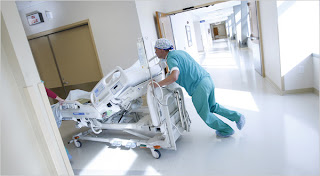 In 2003, Mel Karmazin made a trip to the Google campus in Mountain View, California. At the time, Karmazin was the CEO of Viacom, which was the world's fourth-largest media company. Ownership ranged from CBS to Paramount Studies to Simon & Schuster. Karmazin's investment bankers had recommended that he should visit Google and meet their two founders.
He met all day with Google founders Larry Page and Sergy Brin. It was an odd setting, Karmazin with his roots in the old world of traditional media and advertising and the two Stanford computer scientist and their world of code and algorithms. Karmazin saw the worlds of media and advertising as mystery - "You buy a commercial in the Super Bowl, and you're going to pay two and one-half million dollars for the spot. I have no idea if its going to work. You pay your money, you take your chances." Page and Brin saw the same world differently - one of less mystery, and more metrics. As Page and Brin relayed to Karmazin - "Our business is highly measurable. We know that if you spend X dollars on ads, you'll get Y dollars in revenues per industry, per customer." At the end of this single day and visit, Karmazin had "heard the chimes at midnight." He had seen the threats to his industry, his company, his world and culture. He saw the future and offered his infamous protest to the two scientists, "You're #%?!&"$ with the magic!"
We need more Pages and Brins - especially in the health care industry. Although some form of health will probably pass this year, consider the outline of the future offered in the November 8, 2009 issue of The New York Times Magazine in the article, If Health Care Is Going To Change, His Ideas Will Change It: Dr. Brent James Will Make It Better:
The health care debate of 2009 had so many moving parts that it has sometimes seemed impossible to follow. The crisis behind the debate, though, is about one thing above all: the scattershot nature of American medicine. The fee-for-service payment system - combined with our own instincts as patients - encourage ever more testing and treatments. We're not sure which ones make a difference, but we keep on getting them, and cost keep rising. Millions of people more have incomes pinched by rising insurance premiums. Medicare is on a long-term path to insolvency. The American health care system is vastly more expensive than any other country's. but our results are not vastly better.
Any bill that Congress passes this year is unlikely to fix these problems. The lobbying groups for drug companies, device makers, insurers, doctors and hospitals have succeed, so far, in keeping big, systemic changes out of the bills. And yet the modern history of medicine - nonetheless offers reason for optimism. Medicine had changed before, after all. When it did, government policy played a role. But much of the impetus came from inside the profession. Doctors helped change other doctors.
What is truly needed at this point in time is to have the medical version of Page and Brin meet with insurance executives and leaders in the health care industries. Something fundamental needs to be done - less mystery and more metric - where people start protesting "You're #%?!&"$ with the magic!" Engineering and engineers have a critical role to play in this transformation of medical services and health care. We need to remember that engineering is about pushing the envelope - we need to assume and remember our mission is to disrupt traditional ways of doing things. We have a long and storied history of #%?!&"$ with other peoples' magic.
Posted by Unknown at 8:35 AM