How right do you need to be? 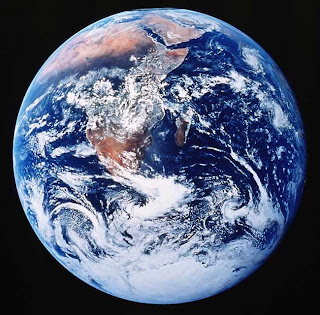 The new buzzword in engineering and technology - - geoengineering. You can't yet get a degree in it or get professional registration - - but it might just be the biggest and most important contribution to civilization that engineers may have to make. What is geoengineering? As defined by the British Royal Society, it is the "deliberate large-scale intervention in the Earth's climate system, in order to moderate global warming."

The various geoengineering ideas range from bad science fiction to ideas worthy of research funding. There are two broad approaches to geoengineering. One is to reduce the amount of incoming sunlight that the planet absorbs. The other is to suck carbon dioxide out of the atmosphere and put it somewhere else. Ideas like "doping the stratosphere" -- in which governments release tons of aerosol particles into the sky with the goal of reflecting sunlight or the idea of stimulating plankton growth and drawing carbon dioxide into the ocean food web and sediment trap. Venture capital money is already flowing to several geoengineering ideas.

Economics will be driving the interest in geoengineering. Estimates range on a per ton basis of carbon dioxide in the $10 to $30 range for a cap-and-trade program like the one President Obama has proposed and the House passed last June. Geoengineering efforts, on the other hand, might cost just $0.07 per ton. We might be looking at a factor of 200 - - enough to draw plenty of research money towards geoengineering.

How would you like to be in the person responsible for responding to the RFI/RFQ/RFP - - "Consulting Engineering Services - - Geoengineering to Save the Planet"? You have six months to implement the project - - by the way, limit your qualifications to 50-double spaced pages including graphics. What kind of engineer dreams of engineering the entire planet to save civilization? Maybe the engineer that regularly talks to God ("Anyone can talk to God; it's getting an answer that is difficult"). Or is it the engineer that fundamentally understands we can use our imagination and ingenuity to create something beautiful and sustainable, or we can destroy ourselves with stupidity and greed.

The engineer that signs and seals the "Planet Earth Geoengineering Project Plan" will be the most trusted person on the planet. The person that understands the hard choices humanity faces and has explored the complicated technical, moral, and ethical considerations. The engineer that is comfortable looking into the mirror and thinking about - - "How right do you need to be?"
Posted by Unknown at 7:37 PM