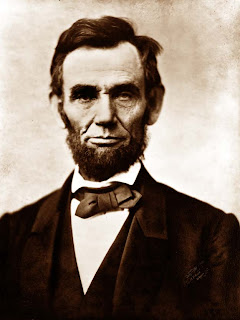 Our national spirit is a function of our resilience. Resilience is the ability and courage to bounce back and try again when faced with change. Our greatest national example of this spirit and resilience is Abraham Lincoln. From log cabin and poverty to President - - he lost eight elections, failed in two businesses, and suffered a nervous breakdown. Here is the Lincoln story of resilience - -