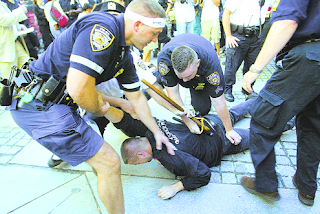 According to preliminary FBI data, the murder rate dropped 10 percent from 2008 to 2009, robbery fell 6.5 percent, aggravated assault fell 3.2 percent, auto theft was down a whopping 18.7 percent. Across the country, FBI data show that crime last year fell to lows unseen since the 1969s - - part of a long trend that has seen crime fall steeply in the United States since the mid-1990s.

Good news - - right? Except that the vast majority of Americans - - nearly 75 percent of the population - - thought crime got worse in the U.S. in 2009, according to Gallup's annual crime attitudes polls. Call it a pessimistic bias or whatever - - but, the lower the crime rate the more lawless we imagine it to be.

This bias has some profound impacts. It influences our beliefs on critical issues from gun control to sentencing laws, from how we run our prisons to how much money we spend on law enforcement. If 75 percent of the population feels crime is out of control and getting worse - - what do you think gets budgeted? Is it the three new squad cars and staff or the improvements to the 45-year old pump station?

It all comes down to one basic and universal truth - - misinformation on the part of the public makes for bad lawmaking and governance on the the part of our elected officials.
Posted by Unknown at 9:07 AM