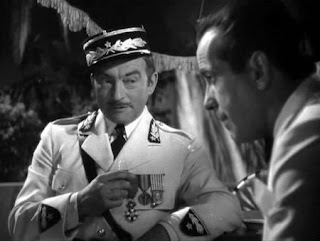 In a world where it is becoming increasingly important to think critically and analytically about the big problems of the world - - we are digressing to a populous that has a limited understanding of the difficult policy issues. This trait, combined with a weak capacity for leadership, high political polarization, and superficial media coverage, has produced an environment that is making it very hard to effectively tackle big problems.
After a yearlong debate on health care reform - - the March 27, 2010 issue of The Economist outlines the following in an article entitled “The health-care squeeze” - -
The most reasonable assumption for Main Street is that health-care costs will either continue to grow at the same pace as for the past decade - - or accelerate. This is a looming disaster for American business. The proportion of GDP devoted to health care has grown from 5% in 1962 to 16% today. Rising health care costs appear to have suppressed wages, as firms seek to make up for the expense. America spends 53% more per head than the next most profligate country and almost two-and-half times the rich country average. With health-care cost risings much faster than general inflation and 500,000 baby-boomers now becoming eligible for Medicaid every day, health-care spending is likely to hit 20% of GDP by 2017 and 25% by 2025.
We have all heard the widely reported Congressional Budget Office estimates that the reform will leave the federal budget deficit $143 billion lower in 2020 than it would otherwise have been. But the $143 billion estimate is based on the rather outrageous assumption that Congress will not increase the level of reimbursement it pays to doctors for Medicaid. It is important to understand that when clinging to a flawed image of a flawed system - - no amount of dexterous policy execution will save you. The fundamental problem has always been the system - - a system designed to protect the status quo and to inflate costs. We never really fixed the system from the context of cost control. With our current system - - the major issue that the medical profession and associated “camp followers” should understand - - eventually you run out of other people’s money. Our current reform efforts are disappointing because overhauls of something as complex as our health care system only come once in a generation.
If reform does not effectively control costs - - one should be reminded of Captain Renault’s line in Casablanca when he finds out there is gambling at Rick’s Café Americain - - “I’m shocked, SHOCKED!!”.
Posted by Unknown at 5:44 PM