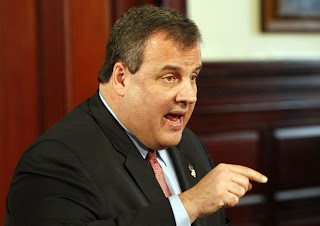 In case you forgot - - this is "The Art of Making Your Point" Week.  We have seen two excellent examples this week - - where engineers can take note and hopefully learn this highly important art form.

The first is from Chief Justice John Roberts and his recent ruling involving AT&T.  In seems AT&T had trouble understanding that the adjective "personal" means something different from the noun "person."  The company had attempted to argue that the statutory definition of the noun "person" specifically included corporations and other entities.  It followed, the company said that the adjective "personal" must also apply to corporations.

Chief Justice Roberts reminded the attorneys for AT&T that adjectives typically reflect the meaning of corresponding nouns, but not always.  The Chief Justice was kind enough to present AT&T a long list of examples - - corn and corny; crab and crabbed; craft and crafty; squirrel and squirrelly; pastor and pastoral - - all examples where you have the same root but totally different meanings.

After ruling against AT&T, Roberts ended with the highlight of "The Art of Making Your Point" Week with - -  "We trust that AT&T will not take it personally."

The second master of "The Art of Making Your Point" is New Jersey governor, Chris Christie.  As reported in The New York Times Magazine last Sunday (The Disruptor by Matt Bai), Christie makes his point regarding medical insurance in the public sector:

When he was a federal prosecutor, Christie told the audience, he got to choose from about 100-health insurance plans, ranging from cheap to quite expensive.  But as soon as he became governor, the "benefits lady" told him he had only three state plans from which to choose, Goldilocks-style; one was great, one was modestly generous and one was rather miserly.  And any of the three would cost him 1.5 percent of his salary.

"You're telling me," Christie said he told the woman, feigning befuddlement, "that no matter which one I pick, the good one or the O.K. one or the bad one, I'm going to pay 1 1/2 percent of my salary?"  And she said, "Yes."  "And I said, "Then everyone picks the really good one, right?"  And she said, "Ninety-six percent of the state employees pick the really good one."

"Which led me to have two reactions," Christie told the crowd.  "First, bring those other 4 percent to me!  Because when I have to start laying people off, they're the first ones!"  His audience burst into near hysterics.  "And the second reaction was, of course I would choose the best plan," Christie said, "and so would you."

From both examples you can see that in a confrontation of ideas and debates, what is needed is the quality of seeing the point.  Engineers work in a world marked by its many-sidedness - - where engineers need to view the world as a contextualist - - with an ability to articulate a unifying purpose or theme in a particular context.  It also helps, as Roberts and Christie demonstrated, to remember that the fine art of making your point starts with the goal of never being dull or muddy.
Posted by Unknown at 5:13 PM