Going Back to 49 States 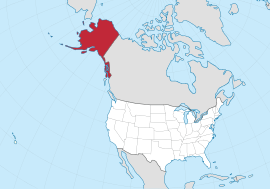 Solving our national debt by selling Alaska (thinking either Russia or Canada - - sealed bids) - - idea is here.  You have to like the thinking outside the box approach - - plus the potential of flipping a $7.2 million real estate investment to earn maybe $900 billion.  Bad real estate investments have been one source of our recent indebtedness - - one good real estate deal could pull us out.

At the same time as the sale of Alaska, we would have the option of adding Puerto Rico as #50 so as not to change the flags and civic textbooks.  Donald Trump is probably already thinking in terms of a Hawaii sale, then mounting a legal/public relations campaign against President Obama and the birth issue.

One other option would be selling Texas to Mexico - - half the population wants out of the United States.  Rather basic - - you sell assets that don't fit with your strategic plans.  In the long run, Texas fits strategically better with Mexico than the United States.