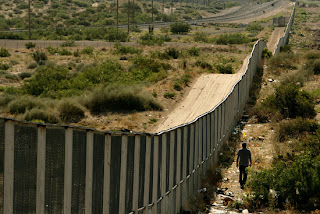 Patrick Radden Keefe has a fascinating article in last week's The New York Times Magazine on the business of drug trafficking﻿ - - Cocaine: How the world's most powerful drug traffickers run their business.  The article provides a unique view inside the billion-dollar business of the Sinaloa cartel.  The equation is rather simple - - economics on one side, and engineering on the other.

The economics of cocaine and other drugs drive the entire business model.  Keefe explains this in a single paragraph:

"The Sinaloa cartel can buy a kilo of cocaine in the highlands of Columbia or Peru for around $2,000, then watch it accrue value as it makes its way to market.  In Mexico, that kilo fetches more than $10,000.  Jump the border to the United States, and it could sell wholesale for $30,000,  Break it down in to grams to distribute retail, and the same kilo sells for upward of $100,000 - more than its weight in gold.  And that's just cocaine.  Alone among the Mexican cartels, Sinaloa is both diversified and vertically integrated, producing and exporting marijuana, heroin and methamphetamine as well."

The somewhat geographically linear price increases probably have some relationship to true logistical costs - - gas for the trucks and bribes for the border guards.  But most is associated with risk - - the risk of capture or competition.  The article also points out the gross revenue (does Sinaloa honestly worry about the accounting specifics of net revenue?) amounts to $6.6 billion per year.  By most estimates, Sinaloa has achieved a market share (I can see this being an important metric) of at least 40%.  Roughly the earnings of Netflix or Facebook.

Engineering got involved in this global market as part of the Secure Fence Act of 2006.  The act authorized a fence (numerous fences is probably more accurate) for roughly 600 miles at the cost of approximately $2.8 million per mile ($530 per foot of fence - - while the cocaine increases in value at the average rate of $330 per foot going going from Lima to Chicago - - for a "fence to coke ratio" of 1.61).  The attached video said $4 million per mile - - the sad fact is we actually might not know how much El fence cost.

"Michael Braun, the former chief of operations for the D.E.A., told me a story about the construction of a high-tech fence along a stretch of border in Arizona.  "They erect this fence," he said, "only to go out there a few days later and discover that these guys have a catapult, and they're flinging hundred-pound bales of marijuana over to the other side."  He paused and looked at me for a second.  "A catapult," he repeated.  "We're got the best fence money can buy, and they counter us with a 2,500-year-old-technology." 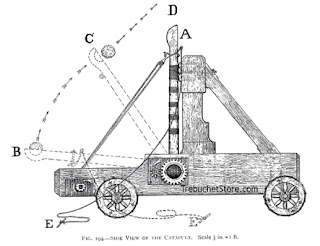 The catapult was first seen by the Greeks in around 399 BC.  As Keefe points out - - improvisation is a trafficker's greatest asset (it is also the greatest organizational asset in the era of global uncertainty and complexity).  Nothing says improvisation like a catapult.  It is probably a security engineer's biggest nightmare - - the drug dealer that watches Myth Busters.

Check out what $530 per foot buys you on the border - - this is how two Anglo-suburban-looking girls responded to the fence: