The Next Generation and the OGRs 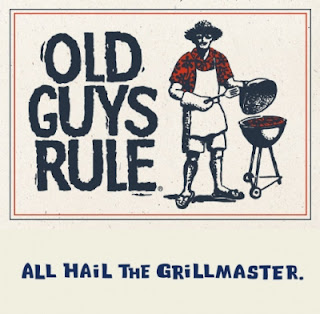 So you are in line at the Walmart and the old guy behind you with the "Old Guys Rule" (OGR) tank top three sizes too small is buying a 12-pack of Keystone Light.  Bored, you ask "Hey, did you happen to see the reprint of the Reith Lecture by Niall Ferguson entitled, We're mortgaging the future of the younger generation, that was recently in the June 23, 2013 edition of The Telegraph?"

Hundred percent probability of a no answer (and a 75% chance of another word in front of the no).  If the OGR seems a bit interested, jump in with the elevator summary - - "Did your know that uncontrolled public debt threatens to rupture society as the older generation thrives at the expensive of the young?"

OGR points out (correctly) that Keystone Light is not exactly the picture of thriving.  But this gives you the opportunity to pull out the article (you happen to have The Telegraph in Walmart) and show OGR some of the key points, like:

"The most recent estimate for the difference between the net present value of federal government liabilities and the net present value of future federal revenues is $200 trillion, nearly 13 times the debt as stated by the US Treasury. Notice that these figures, too, are incomplete, since they omit the unfunded liabilities of state and local governments, which are estimated to be around $38 trillion.

These mind-boggling numbers represent nothing less than a vast claim by the generation currently retired or about to retire on their children and grandchildren, who are obligated by current law to find the money in the future, by submitting either to substantial increases in taxation or to drastic cuts in other forms of public expenditure."

OGR starts to look like he wishes he had selected another tank top and a different check-out line.  But you continue:

"The present system is, to put it bluntly, fraudulent. There are no regularly published and accurate official balance sheets. Huge liabilities are simply hidden from view. Not even the current income and expenditure statements can be relied upon. No legitimate business could possible carry on in this fashion.

Public sector balance sheets can and should be drawn up so that the liabilities of governments can be compared with their assets. That would help clarify the difference between deficits to finance investment and deficits to finance current consumption.

Governments should also follow the lead of business and adopt the Generally Accepted Accounting Principles. And, above all, generational accounts should be prepared on a regular basis to make absolutely clear the intergenerational implications of current policy. "

As OGR reaches for a Keystone, the curtain falls with:

"As our economic difficulties have worsened, we voters have struggled to find the appropriate scapegoat. We blame the politicians whose hard lot it is to bring public finances under control. But we also like to blame bankers and financial markets, as if their reckless lending was to blame for our reckless borrowing. We bay for tougher regulation, though not of ourselves."

OGR wants the reference link (and asks about the word "bay" and you explain Ferguson is British and it is simply English cleverness), and then walks off and wishes he had gone to the Tom Thumb.