A Tale of Two Tribes

Two different Indian tribes appear to be moving in opposite directions.  The first are the Cleveland Indians - - who are in second place in their division with a record of 31 and 27.  They lead all of baseball in terms of poor home attendance - - their home games average 17,159 fans.  This is last in the major leagues (the Texas Rangers average 43,000 fans per home game at 34 and 26).  Forbes recently ranked Cleveland as the 12th most miserable city in the United States.

The other Indian tribe is the Navajo Nation and the Jicarilla Apache Nation.  They are getting a billion dollar water project in New Mexico.  Known as the Navajo-Gallup Water Supply Project.  The project will provide the tribes with surface water from the basin of the San Juan River.  Mandated by federal law to be completed before 2025, the estimated $995-million project will entail the design and construction of about 280 miles of pipelines, multiple pumping plants, and two water treatment plants.  The project is being carried out in order to provide more sustainable supplies of surface water to arid communities that currently have no water service, rely on groundwater of poor quality, or are using groundwater sources at a rate much faster than the sources can be recharged.  At present, more than 40% of households with the Navajo Nation rely on hauled water. 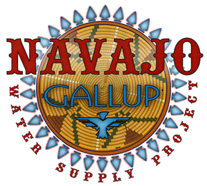