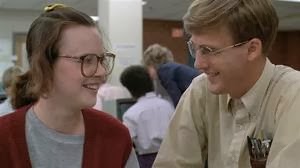 Don't forget Valentine's Day next Friday.  The Economist this week has an interesting article on assortative mating (the challenge - see if you can find a VD card with an assortative mating theme) - Sex, brains, and inequality: How sexual equality increases the gap between rich and poor households.  Out with Mad Men and Don Draper and in with engineers marrying engineers.

"But in reality the highly educated increasingly married each other.  In 1960 25% of men with university degrees married women with degrees; in 2005, 48% did."