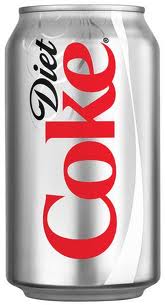 Here is a different and new methodology for evaluating the utilization of water.  One gallon of water used by Intel in 2005 generated $5.74 in revenue and $1.29 in profit.  In 2009, a gallon of water generated only $4.37 in revenue and 55 cents in profit.  What is this telling us?  In terms of water, Intel's profitability fell 57% per gallon of water utilized.  This is important because Intel has a stated goal of reducing water per chip below 2007 levels by 2012.  You typically don't see water as a performance metric on CNBC or on a Bloomberg terminal.  Maybe you should.

The term "water neutral" is another interesting metric and much stated goal.  Coke is a good example.  Coke uses enough water in its global operations each day to provide all the water necessary for an American metro area of 1.5 million people.  What "water neutral" means for a company like Coke is rather interesting.  Almost all of Coke's products end up either in the toilet or urinal - - typically the average Coke customer closes the water cycle in a few hours.  The input side of the soft drink - - the corn syrup is another matter.  Very hard to think of Coke as "water neutral" when you start to think of the acres and acres of corn fields in Iowa - - and the water that the corn requires.

More on Intel is at - - Intel Water Footprint.
Posted by Unknown at 6:35 PM

Email ThisBlogThis!Share to TwitterShare to FacebookShare to Pinterest
Labels: Sustainability